You are here: Home » Clubs and Groups » Girlguiding » India Newsletter

On the 12th August I flew to India on a trip with Girlguiding Anglia. There were 9 members of Senior Section and 3 adults. For most of the time we were in India we stayed at the Girl Guiding World Centre, Sangam, in Pune. While we were there we all took part in a community project, and it was up to each one of us which one we did. I joined the 'Door Steps School' which is a charity dedicated to getting children, whose parents work on building sites, into education instead being on the site with their parents. The theme for August  was 'fruit' so we did games and activities around that theme. We had a few challenges on the first day the main one being we were told we would have between 10 and 20 children when in reality we had around 60! We found that simple things kept them just as entertained as other more complicated activities and some of the group were shocked by how grateful they were. On our second day we had a spare 5 minutes while preparing the next activity so gave them some balloons to play with, they had great fun and we ended up giving them all a balloon and letting them play with them instead of the intended activity. Afterwards a little girl came up to me and said "we never get balloons to play with and they are so fun. Thank you for bringing them for us to play with."

We all thoroughly enjoyed working with the children and the staff, and teaching them so much. We all wish we could have spent more time there. We spent our last day creating resources for the schools at an office in Pune which was really interesting.

I would like to thank everyone who helped me raise the money for my trip, especially Cafe Church, Days of Bunwell, A.D. & T.G.F Harvey, Margaret Thorburn, the ladies and gentlemen who came to the coffee morning and Wymondham Lions Club. 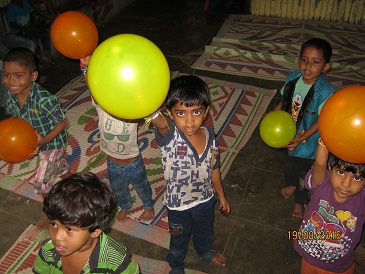 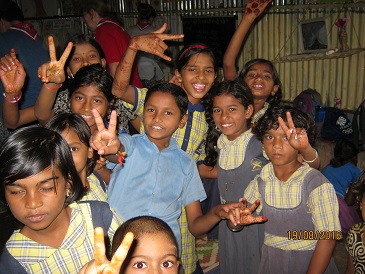